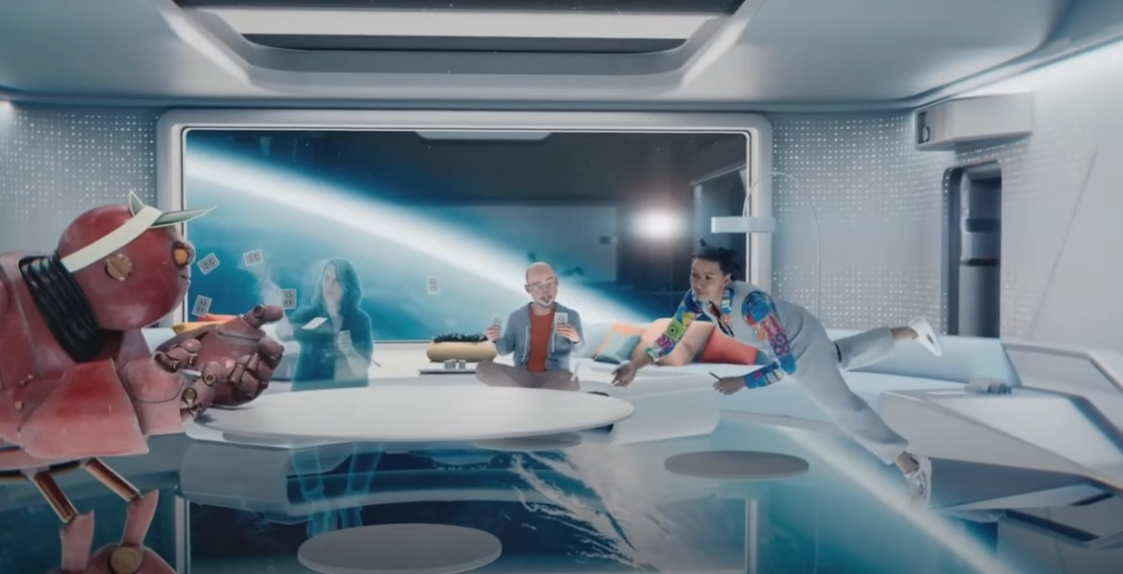 Facebook announced the name change following some of the worst press in the companies nearly 18-year history. The headlines about the new name and rambling vision of Mark Zuckerberg for a new unified future iteration internet comprised of virtual worlds and augmented reality.

The vision of the future seems unlikely, undesirable, and as designed to distract as a silly Elon Musk Tweet. The over the top video shared by Facebook starring Zuckerberg himself is almost ridiculous enough to defy explanation.

Amid all the talk of remote work and virtual experiences that are either already here or clearly on a path to arrive soon is insanity. Sure virtual team building exists already, but moving everything into a VR headset feels batshit.

A world of difference spans between a virtual murder mystery game and putting on a VR headset sitting at home to virtually sit as a virtual avatar in a virtual office. It’s like Zuckerberg decided to bring to life(?) the movie ‘Ready Player One’, but this time with more domestic surveillance and presumably more ads.

Thomas More’s 1516 book about a fictional island society seems no more ridiculous than the Metaverse. People thought More’s fictional island “Utopia”, literally translated to “no place”, was an honest depiction of an actual place.

Today, in 2021, people are writing that Zuckerberg’s fake island is a threat to privacy. Perhaps, if it weren’t fiction to distract from the real world Facebook has occupied and dominated over the last 17 years, these takes would have some merit. But as it is, I’m calling it; the ‘Metaverse’ is the modern-day Utopia. Let’s move on.